This page contains Tesla experiments and detailed information and observations on the experiments. 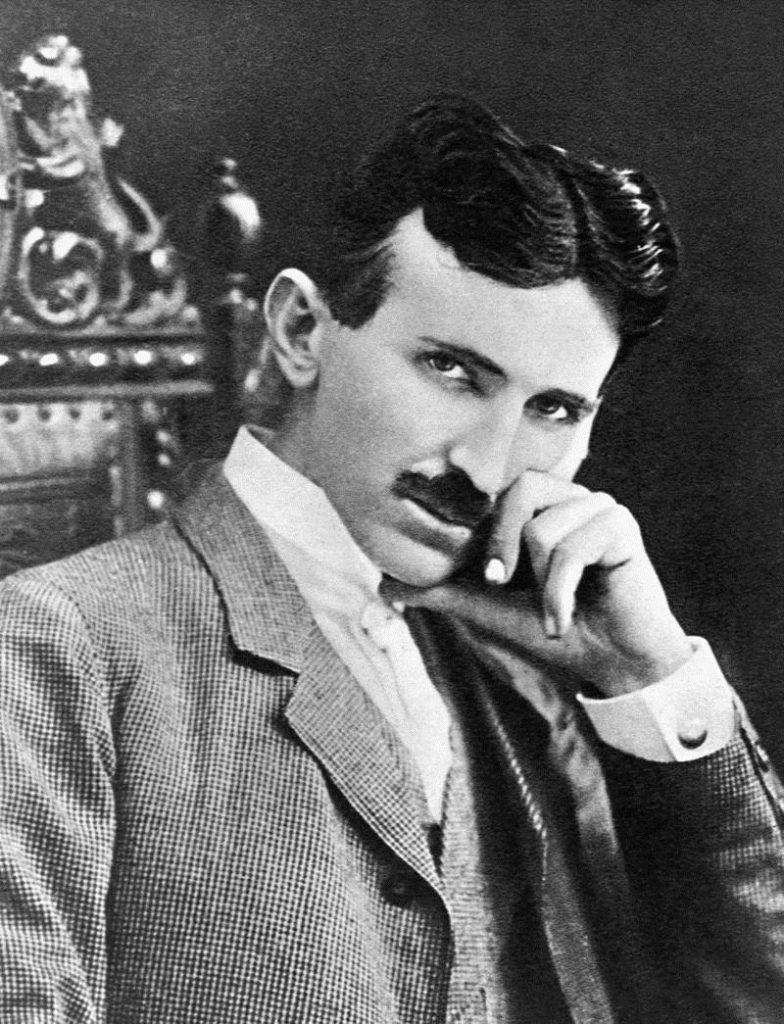 First I made the frequency generator with the ne555n timer, then I put the transistor IRF840 to work and made the transformer for the output. 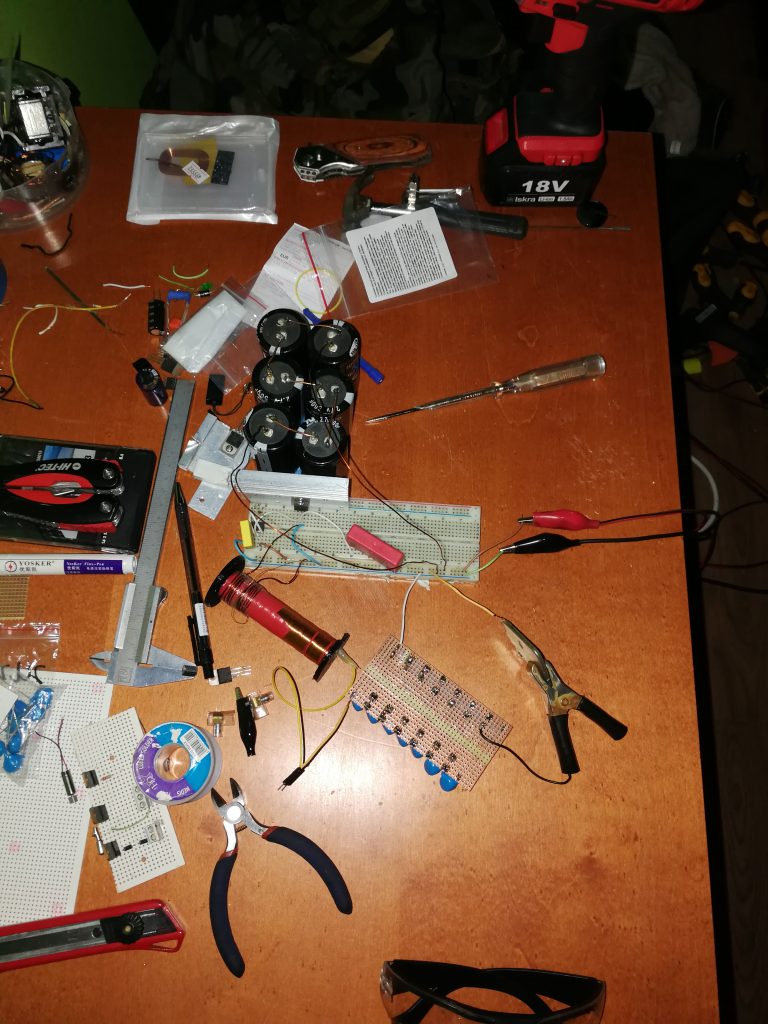 Than I put the HV (640V) capacitor on the leads of the transformer primary winding and that was it for the first step.

Then I made a second circuit with the capacitors and diodes for voltage multiplication.

First I wound the secondary on the PVC pipe with two-sided tape so the wire wouldn’t unwind. The whole winding is made by hand, I have a record for one in 3 days and for two in one week.

The number of windings is around 900 and thickness of the wire is 0.5 mm.

In the second picture there is the final product with the improvising primary winding and the second “receiver” coil. 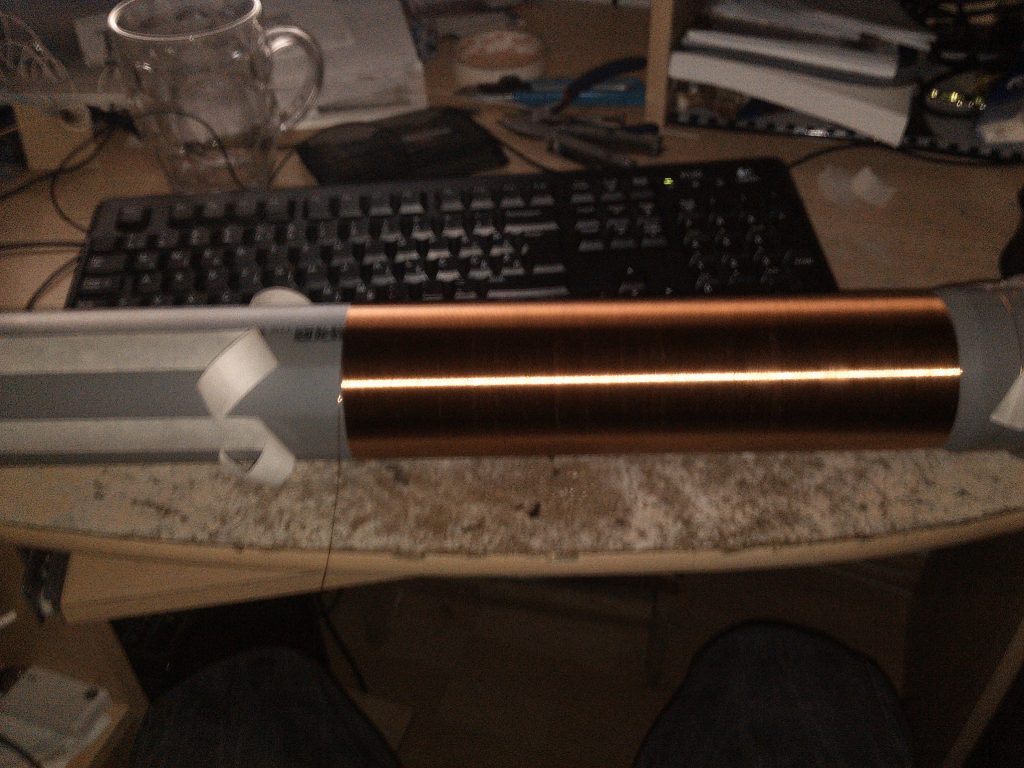 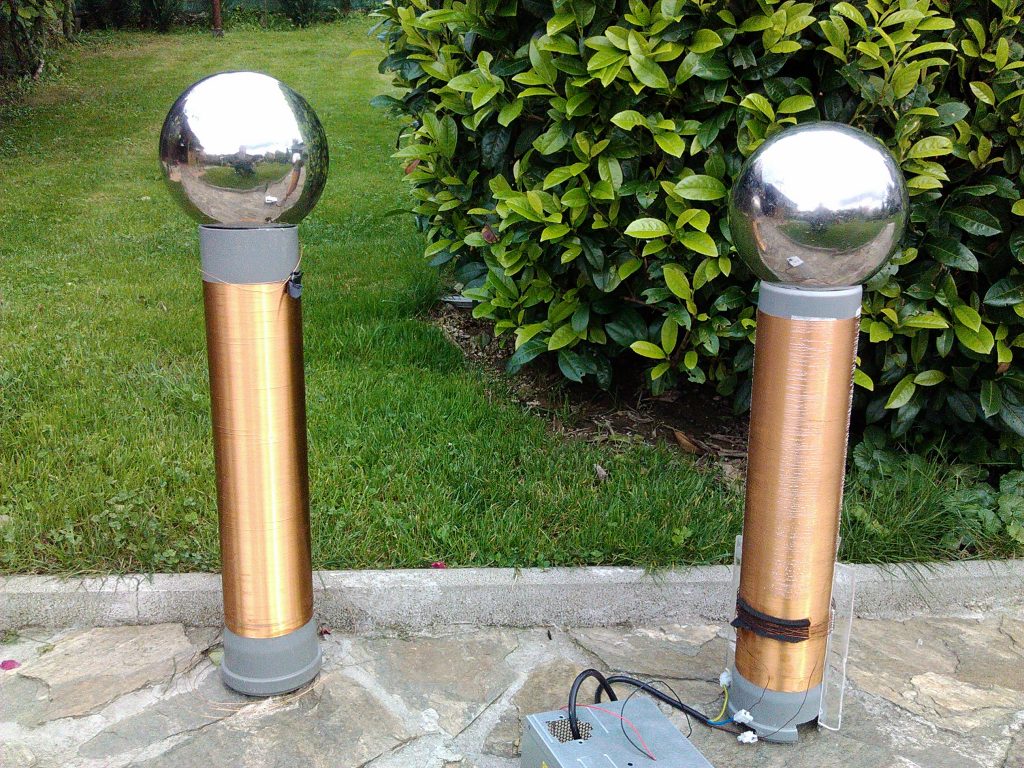 The effect of the Tesla coil on the plasma globe. 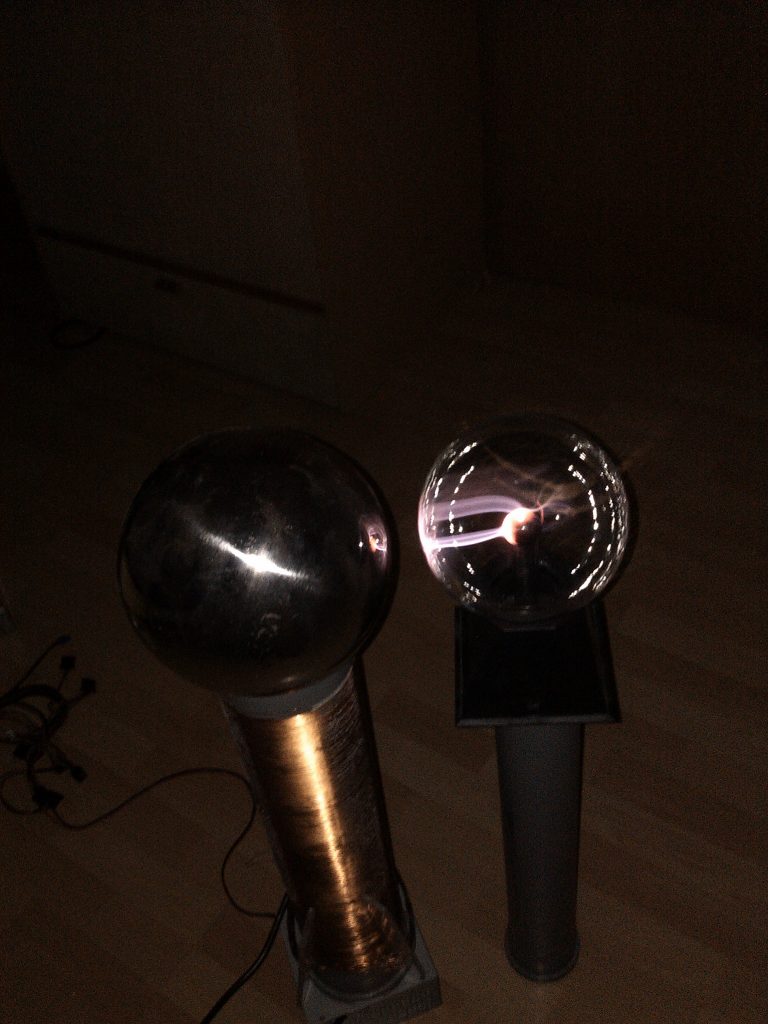 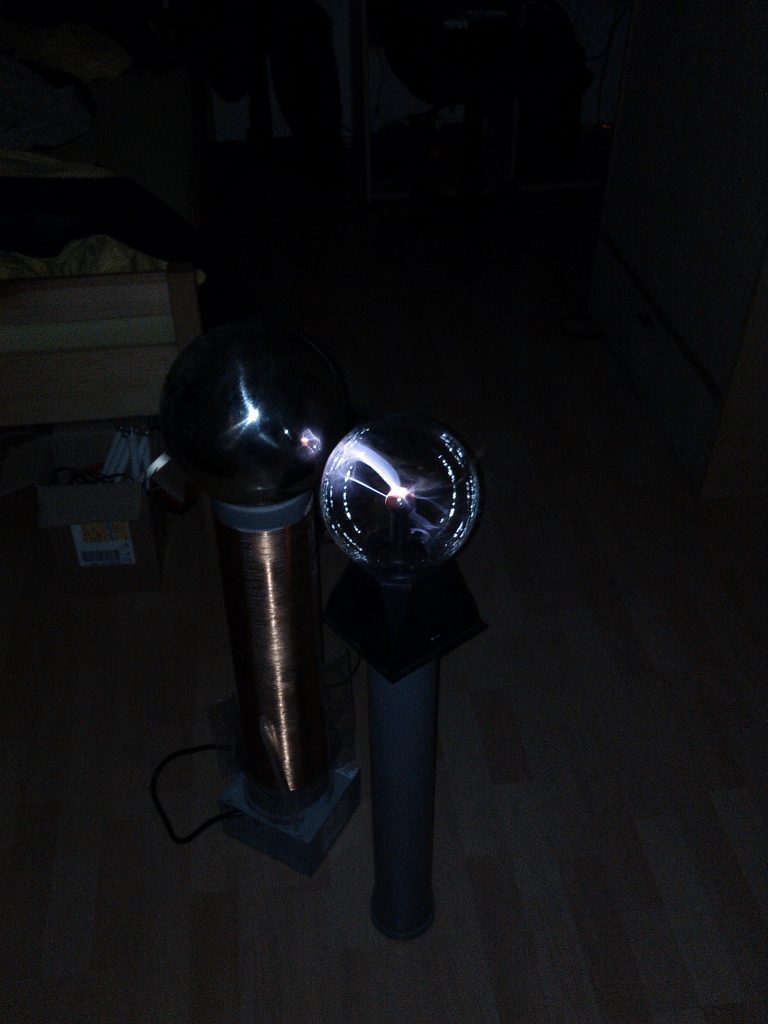 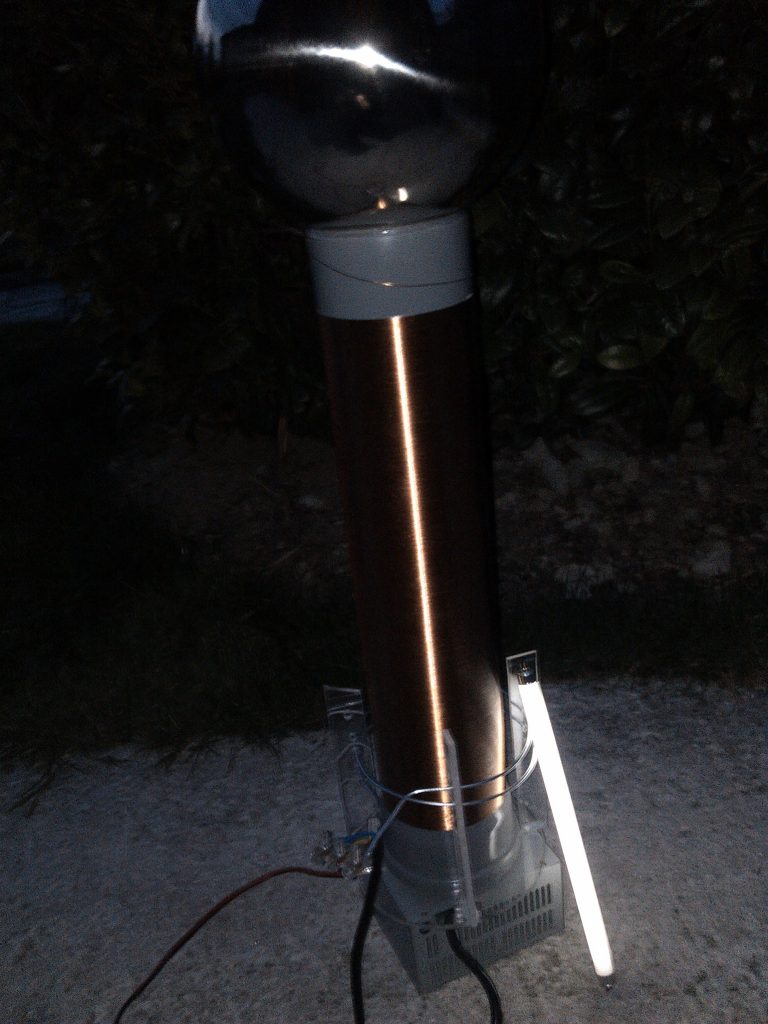 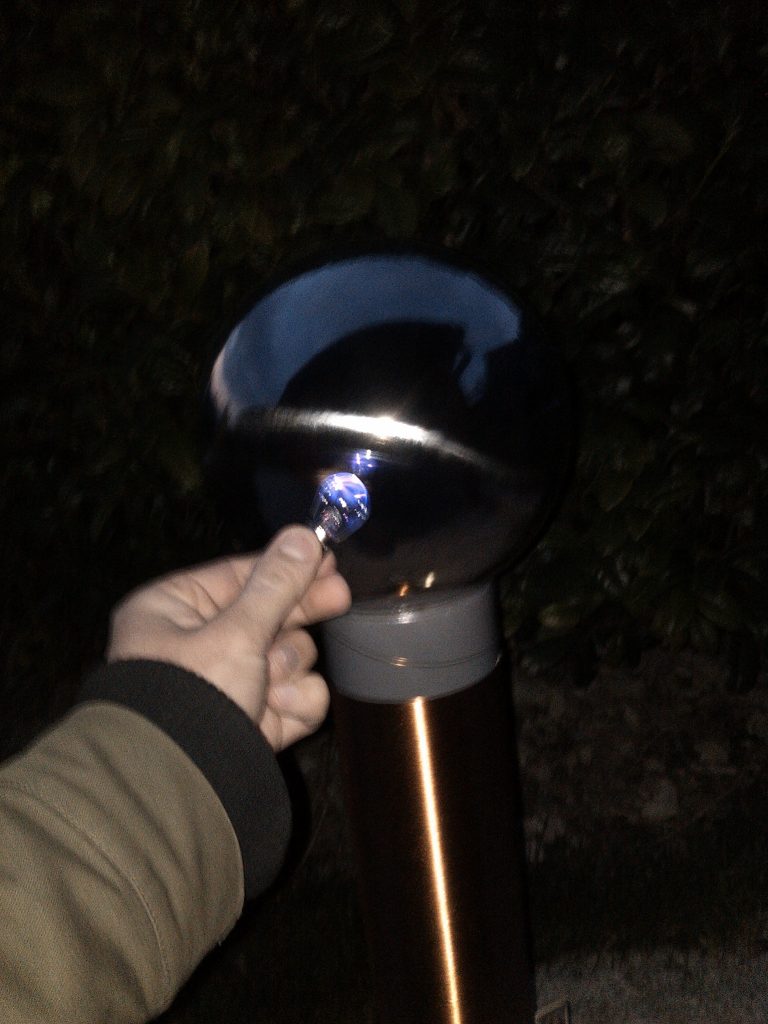 I was invited to demonstrate the experiments with my Tesla coils in Maribor.

Here are some pictures from that day:

I custom made and soled one of the Tesla coils to center of experiments in Celovec (Austria).

The second Tesla coil is went to the center of experiments Maribor (Slovenia).

New toys for the Tesla coil. 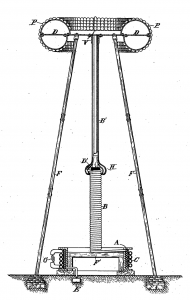 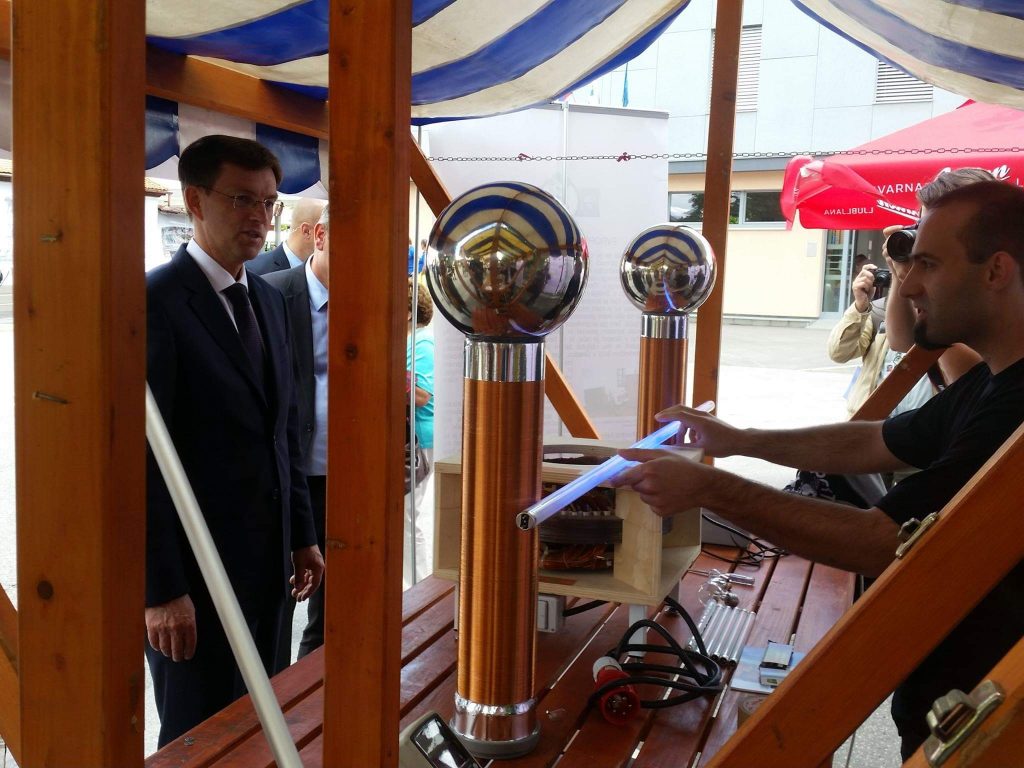